The five novels, in what came to be known as The Booker Series, are celebrated as pioneering books in a new literary genre—Visionary Fiction.

Author Monty Joynes says that the genre includes novels which deal with shifts in awareness that result in metaphysical understanding by the central characters. The work is “visionary” in that the author employs non-rational means such as dreams or extrasensory perception to develop the content. In the Booker Series, an anglo man completes a spiritual transformation in an atmosphere of contemporary American Indian social issues and metaphysics. Each dramatic journey challenges individual, cultural, and archetypal states of being.

Reviewers have termed the Booker novels “transformative,” and the first two have been adapted into feature-length screenplays. 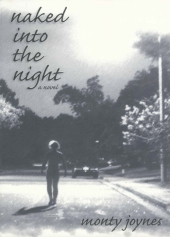 A troubled man walks away literally naked from his contemporary affluent lifestyle to begin a spiritual odyssey that takes him cross-country to a new identity among Indians of the Southwest.  But before he can live out his enlightenment, he must return to his family and allow them to release him.  Thus begins the five-novel cross-cultural saga of Booker Jones.

A world champion ritual dancer, the future spiritual leader of a diminishing Pueblo Indian tribe, is lured to disgrace his sacred self in a Las Vegas casino show.  The “Anglo” Booker Jones is tasked by the tribe to restore the lost son.  Ultimately, a shared vision quest reveals the path home, not only for White Wing and the Anglo but also for every reader.

In the 1950s Indian children in poverty were stolen in cruel adoptions by white couples.  These Lost Birds were raised white and cut off from the Native heritage.  In middle age  August Rey discovers his Pueblo ancestry and attempts to reunite with his people.  The way seems blocked until Booker Jones, the tribe’s Anglo holy man, shows Rey the path home.

Commercial exploitation of water rights in the American Southwest is endangering the survival of both Indians and Hispanic occupants of a historic land-based culture.  For Indian holy men the precious life source seems to be dying.  Booker Jones, the Anglo, must discover the true spiritual nature of water in order to save his adopted Pueblo tribe from domination by the greedy land developers. 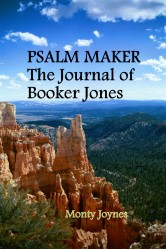 Booker Jones reflects on his entry into the social issues and metaphysics of contemporary Southwest Indians.  In his own words he documents a deeper spiritual experience, finds a female companion, and continues his odyssey among the Pueblo and Hispanic people of northern New Mexico.  The dramatic events of Booker’s cross-cultural adventure culminates in a wisdom that has meaning for all humanity.