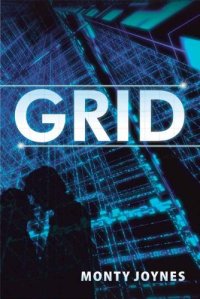 The scene is New Orleans, one of 16 Open Cities in the year 2032. The United States, victim of economic depression, The Great California Earthquake, food riots and anarchy has a new constitution administered by 30 SIG’s (Special Interest Groups) who have divided the production centers of the country.

Desiree Bazile is the tempestuous Publicity and Promotions Director of the New Orleans Grid, a pari-mutuel game played on a 15-story tower inside the refurbished Louisiana Superdome. Amateur and professional games are played in which participants climb the tower to retrieve a leather purse worth as much as half a million barter dollars. The combat for the prize is vicious.

Desiree is an enigmatic beauty whose fashion extravagances make her one of the most recognized figures in a city of legendary excess. Her life is altered when The Pro, a Grid handicapper and dean of New Orleans gamblers, asks her to meet The Pirate, a seasonal street performer in the French Quarter, who wants to be a Grid player. Scott Hartley, musician, horse breeder, and homesteader in a Zone of Disinterest, needs the Grid purse to finance his growing community.

Although Scott and Desiree are both children of the revolution and approaching age 40 with unsatisfied needs for relationship, their initial attraction turns to deadly conflict. Only The Pro, understanding their mutual qualities, can bring them together.

The action of the novel is played out against the color and traditions of New Orleans and the unique characters who inhabit the world of the Grid. The larger fate of the United States and its institutions, however, impinge on the struggle of the characters. For here in the new age, the United States has found a way to solve its social and economic problems although it is no longer a major player on the world stage. The solutions, the author’s serious futuristic projections of what our society may become, are both innovative and destined to be controversial.